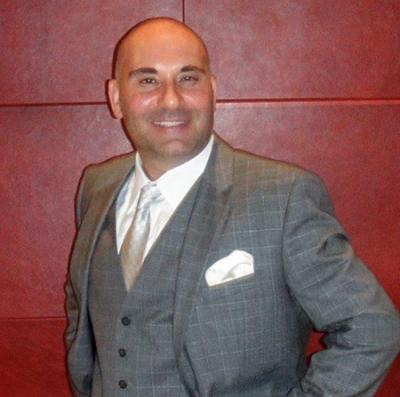 He has royal blood, is a king of real estate and is a Wright State alumnus.

Perci Piétro (Prince Percia Piétrolungo), who graduated from Wright State University in 1996 with a bachelor’s degree in biology, founded the Miami, Florida-based firm OWN Realty and OWN Financial, of which he is Chairman and CEO.

Piétro is also a direct descendent of the Qajar Dynasty, which ruled Persia (now Iran) from 1785 to 1925.

Piétro, who is fluent in English, Spanish and Farsi, was born after his mother Dr. Shakoori moved from Iran to become a surgeon in the United States. He grew up in New York City and went to prep-school in Connecticut.

Piétro’s family left New York after his parents took jobs at the Mayo Clinic in Minnesota. They then moved to Ohio, home of the Cleveland Clinic, where his neurologist father Dr. Rafecas has a large neurosurgery and neuroscience practice.

After graduating from high school in Akron, Piétro enrolled at Wright State. He was attracted to the school because it was close to home and had a good medical program, since he had planned to follow in his parents’ footsteps at the time. He also remembers taking a geology class through Wright State on San Salvador Island in the Bahamas, an adventure he called a “great experience.”

Piétro went on to obtain his master’s degree in business administration — specializing in international management — from Lynn University in Boca Raton, Florida, in 2003.

“I always had a business mind and only originally studied medicine because I grew up around it, doing volunteer work at various hospitals and being exposed to medicine through family and friends,” he said. “However, it wasn’t until I moved to Florida after college and opened a few businesses that I really developed an appreciation for being an entrepreneur.”

Piétro opened a nightclub/lounge called the W6 in South Beach, Miami, with two other New Yorkers. The establishment had the feel of a Manhattan bar, was one of the few upscale lounges in Miami at the time and had regular celebrity guests.

Piétro then jumped into real estate.

He founded OWN, which stands for One World Network, www.oneworldnetwork.com. It is a full service, luxury, international brokerage that assists clients with residential and commercial sales and leasing, business sales, mergers and acquisitions.

The firm is known for bringing industry brokerage brands from around the world under one umbrella for collaboration in business despite varying customs. Company associates provide clientele with a concierge style experience in assisting with all of their needs in such areas as legal and title, financing, architectural and interior design, renovation as well as schooling and utilities.

With his personal clients, Piétro enjoys collaborating with dignitaries, diplomats and business leaders on a global level, which enables him to pursue his passion of international travel and interaction with people from diverse cultures. Coming from an aristocratic background affords Piétro the ability to understand the needs of these unique types of clients from their perspective in providing service and discretion.

“There is never a typical day,” said Piétro. “One day I might have meetings at the office with company associates or clients, while other days I will hop on a plane to a meeting at 7 a.m. and return that same day late in the evening.”

At the end of a long day, Piétro likes to decompress by running or going to the steam room and sauna.

“Anything to relax after intense situations; I find that it is always important to stay in balance,” he said. “That goes for business, relationships and life in general. If not, everything falls apart.”

Piétro advises students to set their vision and goals, follow their instincts and stop at nothing until they achieve their dreams.

“Most importantly, never listen to the naysayers,” he said. “They may not only be your competition or enemies, but also your best friends, family or even your inner self. The only limits you will have in your life are those you impose on yourself.”

Despite a world of doubters, the Wright brothers achieved their dream of flying, Piétro said.

“The word ‘impossible’ is an opinion — not a fact — thrown around by the weak,” he added. “The universe knows no boundaries, and neither should you on your path to success and greatness.”

This story originally appeared in the WSU Newsroom.