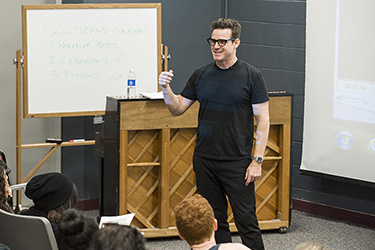 At Wright State University, we measure our success by the success of our graduates, both in their own careers and in the people they have become. Our alumni have achieved various accomplishments around the world and in every career field, including politics, business, athletics, the arts, the military, and many more.

Wright State alumni are leaders in their fields; building on the education they received during their time on campus. We are proud to call these individuals Raiders.