Established in 1984, the Legacy Scholarship program has awarded more than 860 scholarships to the spouses, children, stepchildren, grandchildren, and legal dependents of Alumni Association members—totaling more than $711,000!

For more information about the program, please contact the Office of Alumni Relations at (937) 775-2620.

The Wright State Alumni Association would like to extend a very special thank you to the following sponsors and individuals who made the 2019 event such a great success! 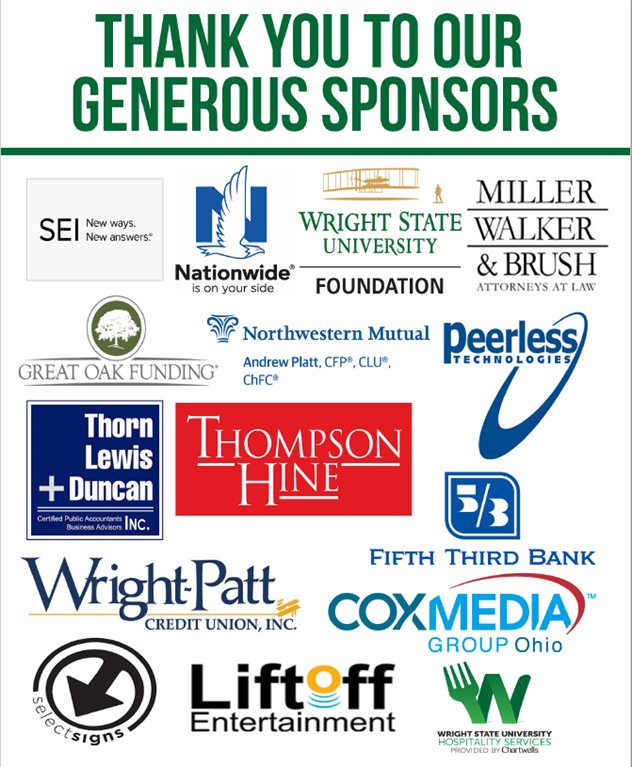 The scholarship program, officially established as Legacy Scholarship in 1984, has awarded more than 860 scholarships totaling more than $711,000!