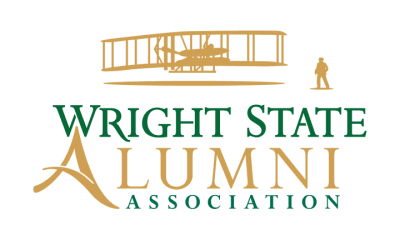 Louis Cannon graduated in 1984 from the Boonshoft School of Medicine at Wright State University. He is a former Judith Volkman scholar-in-residence who has been repeatedly honored as one of “America’s Top Interventional Cardiologists.”

He is the Program Director of the Heart & Vascular Institute at McLaren Northern Michigan in Petoskey, Michigan. Louis is also the Founding President of the Cardiac and Vascular Research Center of Northern Michigan and has served as the national or international principal investigator for landmark cardiovascular studies. He has over 200 medical publications, as well as two United States medical device patents. Cannon serves on the strategic advisory boards for such Fortune 500 companies as Medtronic, Abbott, and Boston Scientific, as well as many early developing medical technology companies. He has participated in the startup and subsequent development of a multitude of developing bio-technological, or emerging healthcare companies. Cannon performed first-in-human trans-catheter aortic valve replacements in Paraguay almost a decade ago, and subsequently became the Chairman of the BOD when the company was sold to a publicly traded company. In 2003, he founded BioStar Ventures, a venture capital fund that enables physicians to participate in the actual ownership of a medical device fund bringing to bear the innovation, knowledge, patient-care wisdom, and end-user understanding of the industry. BioStar ventures is now on its third fund, earmarked for $100 million in international investments solely in cardiovascular and orthopedic diseases. Cannon and his wife of over 30 years, Sally, live in Charlevoix, Michigan and are the proud parents of Ben (26), Chelsea (23), and Alex (20).

There are many reasons Raj Soin College of Business students refer to Rosemary Ramsey, Ph.D., as “mom.”

Like a mother, Ramsey demands that students work diligently toward reaching their potential. And, also like a mother, she also provides encouragement and a listening ear when needed.

“She is genuine and she makes everyone, including myself, step up and do it right,” said James Munch, Ph.D., associate dean and marketing department chair. “In the context of teaching, you might call it ‘tough love.'"

Ramsey, a Wright State graduate, was interim dean at the Cleveland State University College of Business Administration before returning to Raider Country in 2003. Her responsibilities, in addition to teaching, have included graduate programs, international business programs, internal and external communications and marketing, and organizing department activities.

Wright State’s 2010 Outstanding Marketing Professor Award winner has authored or co-authored more than 30 journal articles and refereed more than 35 conference papers. But, above all, she is a teacher.

“Dr. Ramsey reaches her students with the perfect blend of education and real-life experiences,” said Andy Neumeier, who earned degrees from Wright State in 2007 and 2010. “She can make the work fun, interesting, and educational, all at the same time.”

“Professor Ramsey is that one teacher who makes all of us who choose the profession in higher education take so much pride,” said Joanne Li, Ph.D., dean of the Raj Soin College of Business.