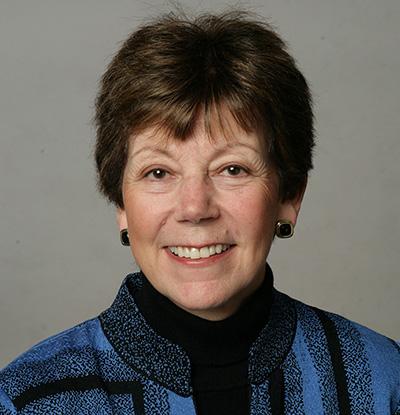 A salute to our nation’s finest

The sons and daughters of our nation’s heroes are now one step closer to attaining their college degrees, thanks to a new scholarship established by two-time Wright State University graduate Delores Etter and her husband, Jerry.

The Delores and Jerry Etter Scholarship was created to help Wright State students enrolled in the College of Science and Mathematics or the College of Engineering and Computer Science who are the children of active duty military or retired military.

Olivia Thoman is one of the first six recipients of the Delores and Jerry Etter Scholarship. Her father served in the United States Air Force for 20 years before retiring.

“This scholarship means a lot to me,” said Thoman, who is majoring in clinical laboratory science. “My parents have sacrificed a lot and given so much for me to live a blessed life. This scholarship helps me out, because I can relieve some of the financial stress on my parents.”

“We greatly appreciate the contributions of the people in the military,” Delores Etter said. “We felt that something that helps put their kids through school would be a really good thing to do.”

Throughout their careers, Etter and Jerry, an aerospace engineer, have witnessed firsthand the many sacrifices military families make to serve their country. Jerry Etter served in the Air Force for 12 years. Shortly after their marriage, he was stationed at Wright-Patterson Air Force Base.

Delores Etter was halfway through working on her degree in mathematics when the couple moved to Dayton. She enrolled at Wright State in 1968 to complete her bachelor’s degree and then her master’s degree in mathematics. After living in Dayton for five years, Etter’s husband was transferred to Kirkland Air Force Base in Albuquerque, New Mexico.

In addition to her esteemed career in higher education, Etter has served in two different positions at the Department of Defense: assistant secretary of the Navy for research, development and acquisition and deputy under secretary of defense for science and technology.

“I’ve had such a fortunate career,” said Etter, who found her time as assistant secretary of the Navy to be especially rewarding. There, she had the opportunity to make sure that the men and women serving in the Navy and the Marine Corps had the technologies and systems that they needed for their missions. She worked on the development of the joint strike fighter program along with new submarines, carriers and vehicles.

Over the years, the Etters have made gifts to general scholarship funds within the Department of Mathematics and Statistics at Wright State.

“At this point, my husband and I felt like we wanted to do something a little bigger, and also something that really did address the specific areas that were important to us,” Etter said.

Creating a scholarship that honors military families while supporting students in the STEM fields became the perfect fit.

“I’m a real believer in education being, in many ways, the one thing that helps change people’s lives. It’s something that can’t be taken away from you. It’s something that’s always with you,” said Etter. “It’s one of those really important things that help you figure out where you want to go and then move down that path.”

As a college educator, Etter has long supported students as they work to make their dreams come true. Now, through her scholarship at her alma mater, she is helping to write the pages of other stories of success.

“I am very grateful to have received this scholarship,” said Katherine Groover, a physics major who aspires to design lasers at the Air Force Research Laboratory. “It has helped relieve the stress of worrying about how I was going to be able to buy textbooks for school so that I can succeed in my classes. I would like to tell Delores and Jerry Etter that I greatly appreciate their generosity with their scholarship and supporting me in my educational journey.”