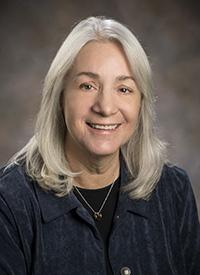 Dawne Dewey is Head of Special Collections and Archives for the Wright State University Libraries in Dayton, Ohio. She has worked in the archives since 1989, and has been the department head since 1997. She received her B.A. in History and Anthropology with Honors from Wright State University in 1980 and her M.A. in Public History from Wright State in 1984. Dawne has written numerous articles, delivered presentations, and created exhibits on a variety of Wright Brothers related topics. She served as editor of the Bishop Milton Wright Diaries published in 2000 and was co-editor of the Aviation Week publication entitled Wilbur Wright's Flights in France: Leon Bollee's Photographic Record, 1908-1909. Dawne has served as a consultant for a variety of grant projects and educational publications and films. She appeared on the Discovery Channel's documentary The Wright Brothers: First in Flight which aired in September 2003, and on National Public Radio speaking about the Wrights. She has traveled to France and Italy, retracing the steps of the Wrights and researching their flights in those countries. She has received numerous grants for special projects in the archives and is involved in fundraising, donor relations, outreach and strategic planning for the department.

In addition to her duties as Head of Special Collections and Archives, she is the Director of the Graduate Program in Public History at WSU and an adjunct faculty member, teaching courses in public history. She also teaches an Honors Seminar on Dayton's Aviation Heritage. Dawne is a past President of the Society of Ohio Archivists, and was a founding member and the first chair of the Miami Valley Archives Roundtable. She is a lifetime member of the Board of Nominations of the National Aviation Hall of Fame and the Wright State University liaison on the Board of Trustees of the National Aviation Heritage Alliance.

Dawne was recognized with the Outstanding Alumni Award from the Department of History and the Department of Anthropology in the College of Liberal Arts at Wright State University in 2003. She was awarded the Society of Ohio Archivists Merit Award in 2004 for her contributions to the archival profession. She was inducted into the Phi Beta Delta Honor Society for International Scholars in 2006. She is a member of the Patterson Memorial Commission and the Church of the Brethren's National Historical Committee. She also serves on the governor appointed Ohio Historical Records Advisory Board. Dawne recently traveled to China as part of a cultural heritage exchange collaboration between WSU and the Terra Cotta Warrior Museum in Xi'an.